Notice on the Norwegian NGO Fund 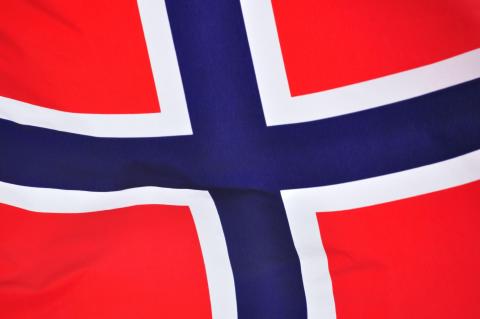 Press release of the Carpathian Foundation-Hungary, the Autonómia Foundation, the Ökotárs Foundation and the Association of Community Developers

It now seems final: Hungary will not receive EUR 205 million (more than HUF 70 billion) from the EEA / Norway Grants, as no decision has been taken by the deadline (within 7 months of signing) set in the Cooperation Agreement signed between the donor countries and the Hungarian government on the Fund Operator of the NGO Fund/Active Citizens Fund. According to the rules of the agreement, not only the NGO Fund, but also the other 8 areas of support – climate protection, culture, Roma integration, etc. – cannot be used by the Hungarian government either.

What is the “Norwegian NGO Fund” - in its official name, the Active Citizens Fund?

The Fund is part of a development program provided by the European Economic Area (EEA) to less developed EU member states. According to the definition of donors, the aim is to develop civil society and civic activism, as well as to strengthen and involve socially vulnerable groups. Pursuant to the Cooperation Agreement signed between the donors and the Hungarian government at the end of December 2020, the total amount allocated to the fund (including the costs of implementation) is EUR 10,890,000.

How was (would have been) the Fund Operator selected?

Consortium of non-profit organizations independent of the state and familiar with the Hungarian civil sector could apply for the role of Fund Operator of the NGO Fund through an open call published by the Financial Mechanism Office (FMO), which provides the secretariat for the funds, until 16 February 2021. The application had to describe the members' activities so far, their experience in grant management and civil sector development, the assessment of the situation of the civil sector and the logic of the intervention, the plans for the implementation of the program and the sharing of costs.

According to the call, the submitted applications were evaluated by the FMO according to the given criteria, and then a committee consisting of the representatives of the donor countries and the Hungarian government had to reach (should have reached) a consensus decision on the applications ranked according to the score.  As this was not successful in the first round (March 2021), the tender was re-announced also according to the call, with a deadline of 10 May 2021. However, after repeating the evaluation procedure, there was still no agreement, so no decision was made on the Fund Operator.

Have we applied for the management of the fund, ie. for the execution of applications in Hungary?

Yes, as a member of a consortium of four organizations, jointly, in accordance with the open call for proposals.

Who and how many organizations applied?

Since we, like anyone else, are simple applicants, we have no information about this.

Who are the members of our consortium?

Three foundations and an organization:

The first three members of the consortium have already worked together in the first two cycles of the EEA/Norway NGO Fund, but all four participants have a long working relationship and all have been developing and strengthening the Hungarian civil sector for decades through several programs.

Why is the Carpathian Foundation the consortium leader?

Donor countries attach great importance to supporting NGOs operating outside the capital – at least 60% of the total funding should be spent on this, according to the call. It was therefore expedient to choose an organization based in the countryside (Eger) to lead the consortium, as it is closer to the target group and familiar with them first hand. In addition, members also considered it important that roles in previous support cycles should not be “concreted” and that leadership should not always be learned and performed by the same organization.

What should we know about the new member and why was it involved?

The involvement of Köfe (Association of Community Developers) as a new member was mainly justified by the fact that in addition to the grant support, the donors also give priority to the capacity development of NGOs. The organization, which has nearly a hundred community professionals among its members, mainly complements the knowledge of the other members in this field: it will strengthen NGOs (not only the winner of the competition) during the implementation of the program through training series and mentoring.

How would our consortium have supported the civil society organizations if we had been given the opportunity to do so?

According to the call for proposals, the fund could have supported domestic non-governmental organizations operating in five priority areas identified by the donor countries and implementing projects on this topic. The five topics:

In each case, the consortium would have selected the granted organizations through an open tender. In our application we proposed the following calls:

In this way, the program could have supported the applications of a total of about 250-300 NGOs, but it could also have contributed to the development of many more through networking and training. In addition, the consortium would have helped to build relations and transfer good practices between Hungary and the donors – Norway, Iceland and Liechtenstein – through study trips and youth scholarships, and would have contributed to introducing the work of civilians and promoting their activities through domestic events.